Tom Brady Shares Prayer About Being a Father in Heartfelt Tribute

Woman Confirmed as World’s Oldest Living Person at Age 115 Has ‘No Worries, Lots of Positivity’

A New Jersey plumber and his family drove for more than 20 hours to Texas to help storm victims who otherwise would have faced weeks without clean water.

Andrew Mitchell, whose dream to become a licensed plumber became a reality earlier this year, felt like “it was his calling” to go and help, his wife, Kisha Pinnock, told Fox News.

So Mitchell packed up the family car in Morristown with thousands of dollars’ worth of supplies and prepared for the 22-hour journey with one goal in mind: “to make a difference.”

By Sunday evening, Mitchell, Pinnock, their 2-year-old son, Blake, and Pinnock’s brother (who is Mitchell’s apprentice), Isaiah, made it to Houston.

After the brutal winter storm ruptured pipes in the Lone Star state, leaving millions without access to clean water, there was a rallying cry from Texas-based plumbers for help, Pinnock said.

Before their journey, Mitchell had come across numerous posts on Facebook from plumbers who had called on out-of-state peers to come and help offset the demand.

“They legitimately said ‘if you are an out-of-state plumber and you can come to Texas, we really need you. We are overwhelmed …we are getting like 150 to 200 calls a day … it’s just literally impossible,'” Pinnock recalled her husband telling her.

From the moment they arrived Sunday afternoon, Mitchell and Isaiah Pinnock hit the ground running, according to Kisha Pinnock.

Every day since, they have been seeing customer after customer, visiting up to 10 houses per day.

Even though plumbers have been racing to fix water pipes ruptured by record-low temperatures, the demand has been “impossible” to keep up with.

Kisha Pinnock said customers can barely get a plumber on the phone, and when they do, they’re told the wait time is three to four weeks.

“It’s a little heartbreaking to know that when we get to the people’s houses they are so happy to even see a plumber,” she said.

Their customers were beyond thankful. One of them shared how relieved they felt knowing that they wouldn’t have to travel an hour to their friend’s home just to take a shower.

“You don’t even really realize the little things that you have until you don’t have it,” she said. “You can’t cook, you can’t clean, you can’t wash your hands.”

Kisha Pinnock said her husband had worked his entire life to become a plumber, starting his career under his father to getting his own license and opening his own company, Mitchell’s Plumbing & Heating LLC.

That alone was “what motivated him to come in the first place,” she said. 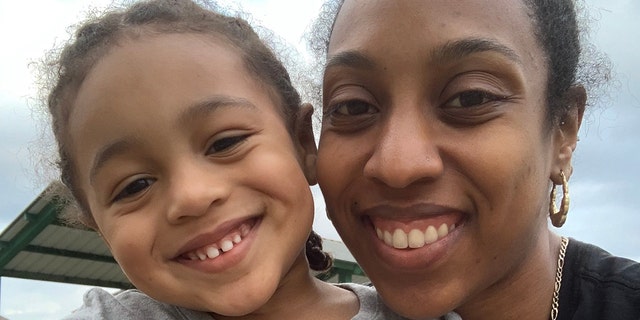