Boris Johnson, the embattled Prime Minister of England, suffered another severe blow to his leadership on Tuesday as Cabinet members Rishi Sunak and Sajid Javid abruptly and dramatically resigned their positions.

The Daily Mail referred to the resignations as a “seemingly coordinated arrack.”

The surprise resignations of the Chancellor and Health Secretary came within minutes of each other and, according to the Daily Mail, followed Johnson’s “groveling apology over his appointment of shamed MP Chris Pincher.”

In a rebuke to Johnson, Sunak wrote in his resignation letter to the PM: “We cannot continue like this.” 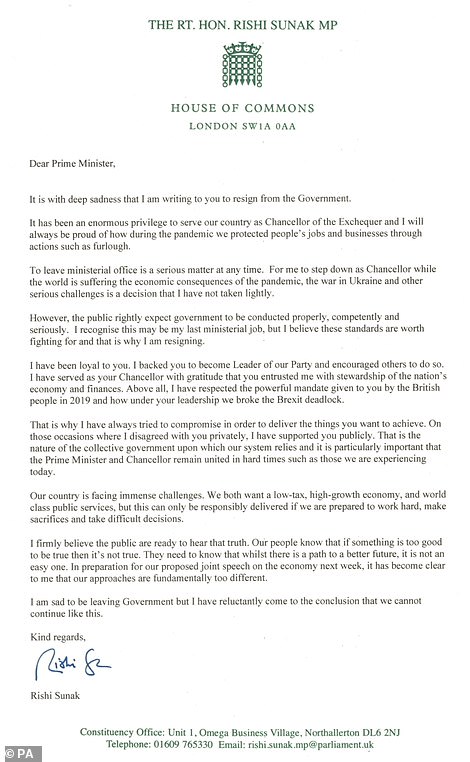 “I am instinctively a team player but the British people also rightly expect integrity from their Government…I can no longer in good conscience, continue serving in this Government…the tone you set as a leader, and the values you represent, reflect on your colleagues, your Party and ultimately the country…[Our Party’s legacy] is that we may not have always been popular, but we have been competent in acting in the national interest. Sadly, in the current circumstances, the public are concluding that we are now neither.” 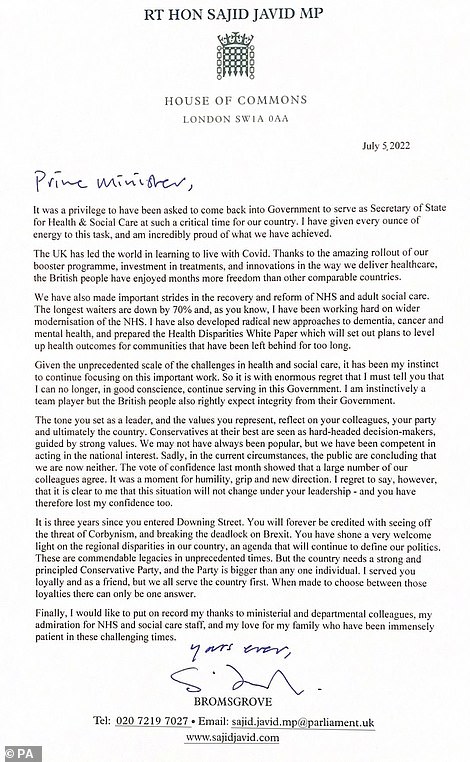 Some have suggested the prime minister is nervously waiting to see if other senior ministers will resign.

In a bit of good news for the PM, Deputy PM Dominic Raab, Foreign Secretary Liz Truss, Home Secretary Priti Patel and Defense Secretary Ben Wallace have stated they will not be resigning.

Adding to the intrigue, however, the Daily Caller reported that Secretary of State for Levelling Up, Housing and Communities and Minister for Intergovernmental Relations, Michael Gove, “who notoriously stabbed Mr. Johnson in the back to end his leadership hopes in 2016,” will not be resigning.

Key Cabinet members Nadhim Zahawi and Therese Coffey have not yet indicated their intent to resign or remain in their positions.

PM Johnson is said to be bunkered at Downing Street, contemplating his next steps with supporters Culture Secretary Nadine Dorries and Chief Whip Chris Heaton-Harris.