The home of Sen. Ted Cruz (R-TX) on Sunday was surrounded by people, including a hired band, protesting the senator’s short-lived family trip to Cancun, Mexico, last Wednesday.

“Some creative Houstonians hired a mariachi band to play outside Ted Cruz’s house this afternoon,” reported Miya Shay. “Apparently the whole neighborhood was out watching.”

Some of the protesters held signs that said, “Cruz Lies Cost Lives,” and “Traitor.” The Mariachi band, no doubt, was in reference to Cruz’s Mexican destination in the midst of a brutal winter storm that created widespread power outages in Texas.

Cruz was photographed Wednesday on a plane heading from Houston to Cancun; he made a return trip back to Texas on Thursday following online backlash.

The Daily Wire reported on Cruz’s response to the controversy:

“We left yesterday, the plan had been to stay through the weekend with the family,” he said, referencing how the last week “has been tough on a lot of folks” and recounting how his family had been reduced to clustering around the fireplace after they lost power.

When his daughters found out that school had been canceled for the week, Cruz explained, they suggested taking a vacation. “They said, ‘Look, why don’t we take a trip? Let’s go somewhere where it’s not so cold.’”

Cruz admitted, however, that his doubts about taking a vacation began immediately. “I have to admit, I started having second thoughts almost the moment I sat down on the plane,” he said. “Because, on the one hand, all of us who are parents have a responsibility to take care of our kids, take care of our family. That’s something Texans have been doing across the state.”

Some creative Houstonians hired a mariachi band to play outside Ted Cruz’s house this afternoon. Apparently the whole neighborhood was out watching. pic.twitter.com/Y33x37TiH2

Following the “firestorm” that erupted after the story emerged, Cruz said his initial doubts worsened. “When I arrived and I saw the initial firestorm, what had started with second thoughts that I had as soon as we left grew even greater,” he said, adding that he regrets that his trip has become “such a distraction when so many Texans are hurting and angry and mad.”

With protesters in the background chanting “resign,” Cruz addressed whether his trip was “tone-deaf.” “Look, it was obviously a mistake, and in hindsight I wouldn’t have done it,” he said, adding, “I was trying to be a dad.” 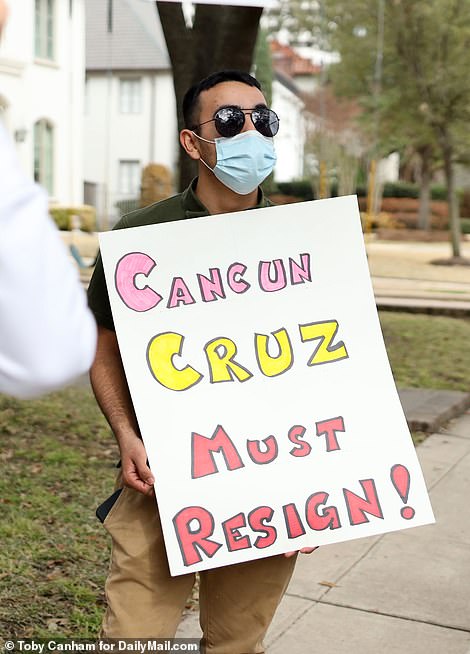 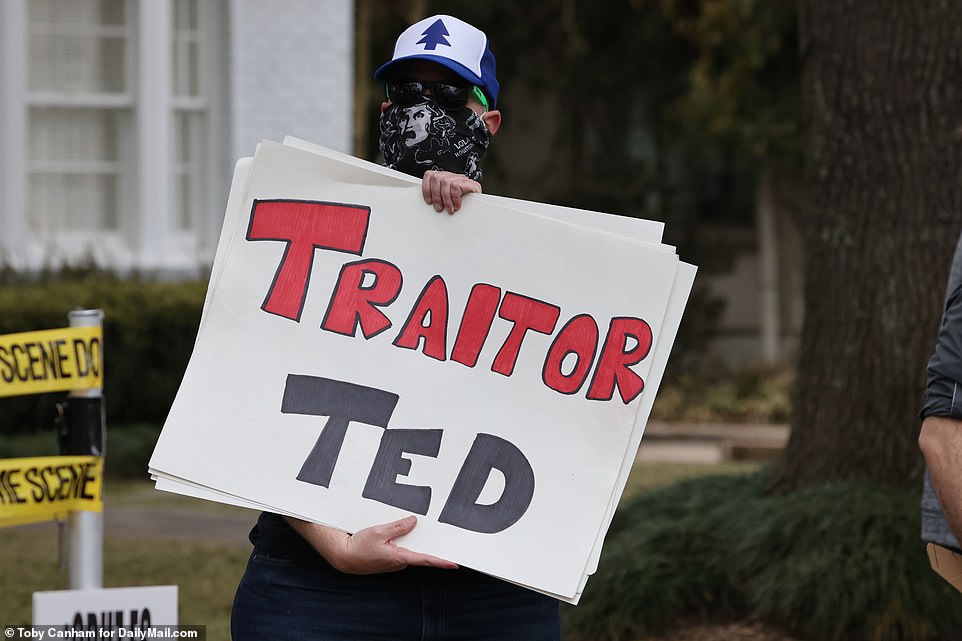 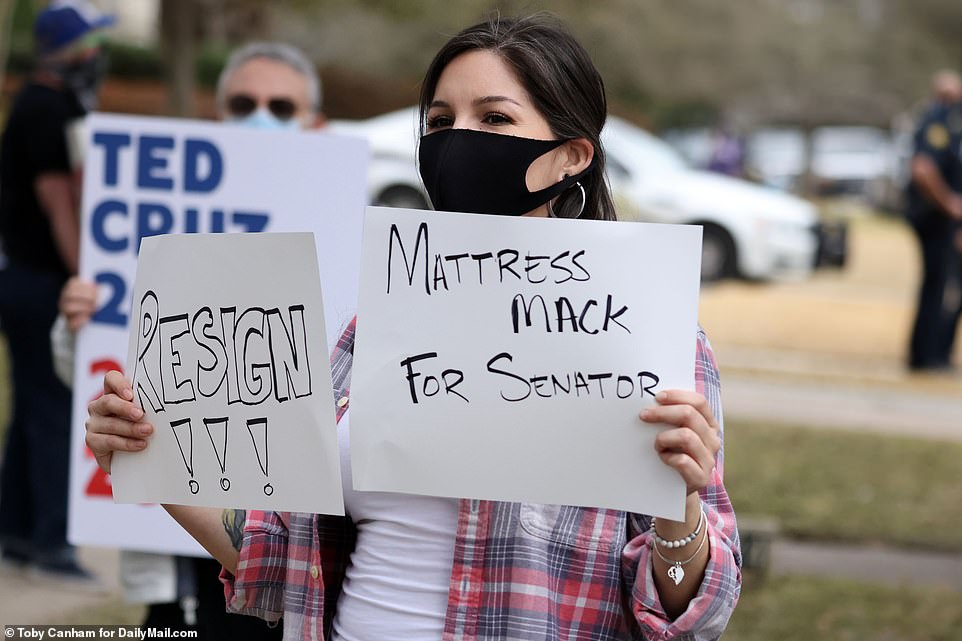 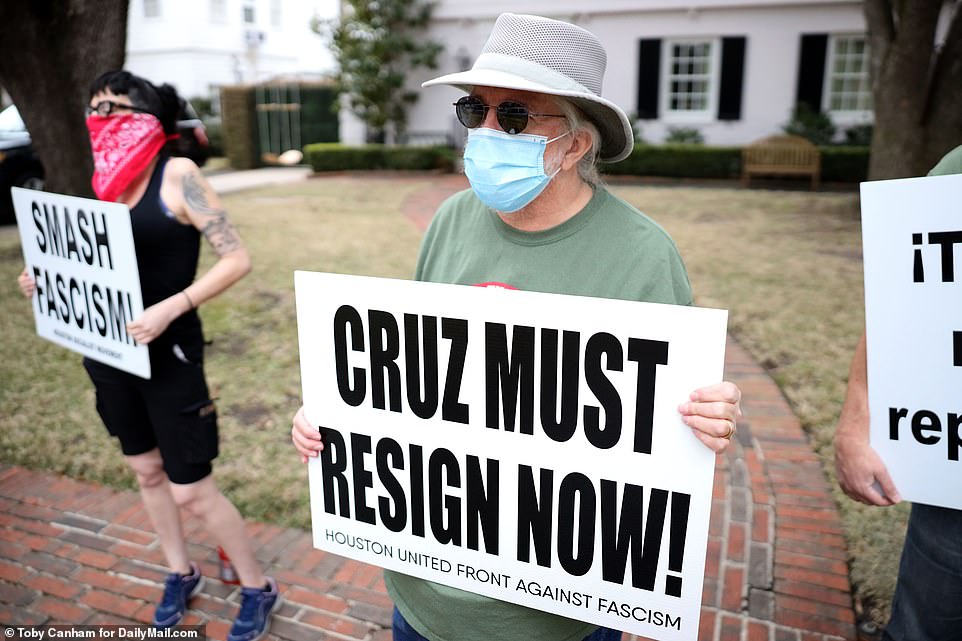