Thousands of people turned out in Washington to march in protest against COVID-19 vaccine mandates on Jan. 23—one of the largest U.S. events and protests held against the mandates since the start of the pandemic.

Starting at 12:30 p.m. local time, thousands of people marched around the Washington Monument to the Lincoln Memorial, with many holding signs decrying COVID-19 regulations, vaccine passports, and mandates. Some criticized the Biden administration’s vaccine mandates.

In recent weeks, U.S. COVID-19 cases have skyrocketed in areas that have high vaccination rates, once again casting a shadow on the effectiveness of the shots, and a recent Centers for Disease Control and Prevention study suggested that natural immunity is superior to vaccines against the Delta variant. Federal officials frequently say that vaccines protect against severe disease and hospitalization.

Former NBA star Kwame Brown, who has frequently criticized vaccine mandates on social media, told The Epoch Times that he attended because “I think we got to get back to compassion for our fellow man and woman.”

“People are being put out of work” over mandates, he said on Jan. 23 in Washington. “People are not being able to go over to their friends and family’s house. … I think everybody should have a right to choose whether they want to do it … and that’s what America is supposed to be about.”\ 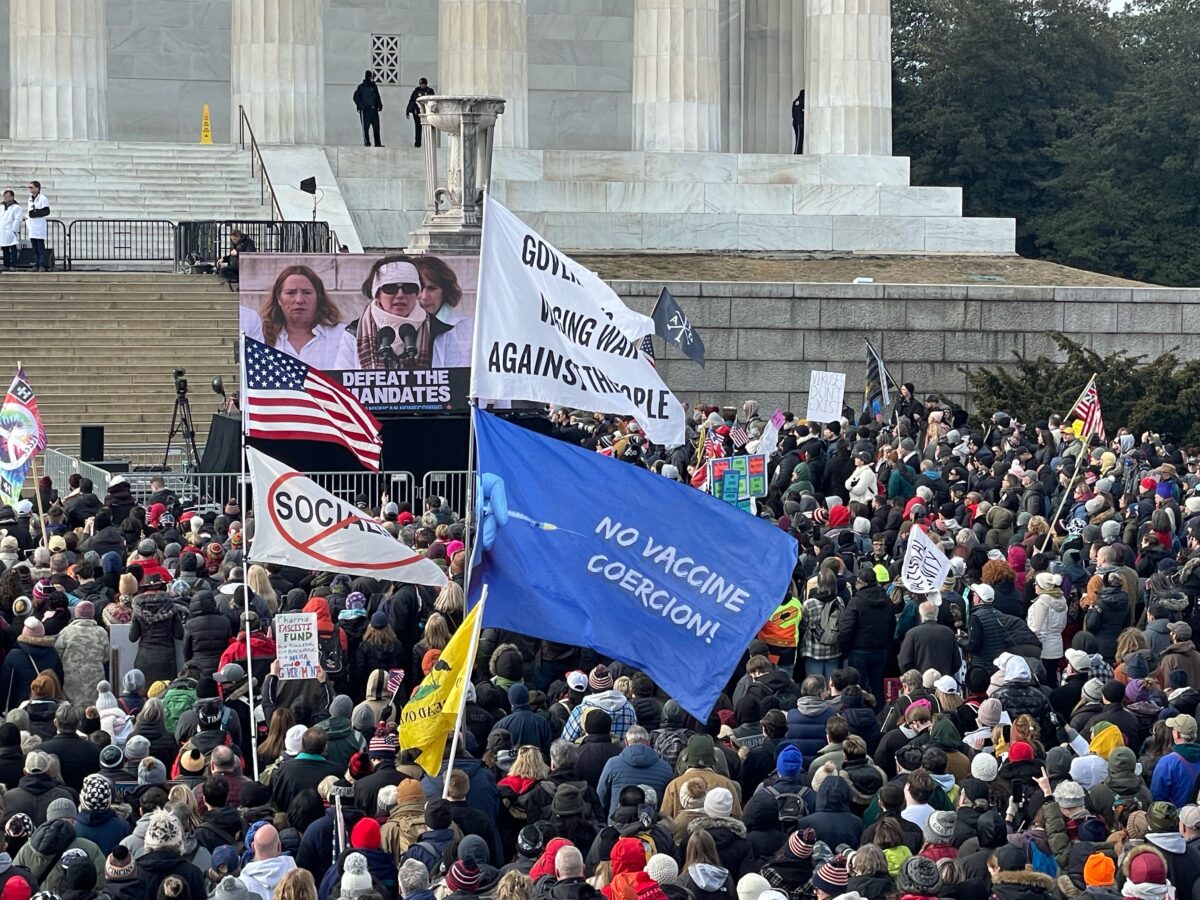 Dr. Aaron Kheriaty, who was fired three weeks ago by the University of California–Irvine for challenging the school’s mandatory COVID-19 vaccine policy, similarly told The Epoch Times on Jan. 23: “Americans need to recover our right to assembly and our right to public spaces.

“I think the most important thing about this event is that it is a public event. And it’s an opportunity for all of us to be together in solidarity and love for one another, to speak up against coercive mandates, to let doctors be doctors without other entities coming between a doctor’s own medical judgment and caring for his patient.”

This is an excerpt from The Epoch Times.